Mark Simpson has now established himself as a major new voice on the international stage, hailed as a “revelation” (Bachtrack) and “standout” (Guardian). As a performer and composer, he is committed to new music and his compositions have been performed at the BBC Proms, Salzburg and Edinburgh International Festivals, Royal Festival Hall, Wigmore Hall and Barbican Centre London, amongst others.

Simpson performs worldwide as a clarinettist, both as a concerto soloist and chamber musician. Recent concerto highlights include the Lindberg Concerto with the BBC Philharmonic at the BBC Proms with Juanjo Mena, the Nielsen Concerto with the BBC Symphony Orchestra and Sir Andrew Davis, as well as appearances at the Southbank Centre’s International Chamber Music Series, Cologne Philharmonie, Salzburg, Edinburgh International and Aldeburgh Festivals with artists including Pierre-Laurent Aimard, Isabelle Faust, Antoine Tamestit, Danielle de Niese and Jean-Guihen Queyras. He has also appeared with orchestras including the Mozarteum Salzburg, Royal Liverpool Philharmonic, BBC Philharmonic, BBC National Orchestra of Wales, Northern Sinfonia, City of London Sinfonia and BBC Concert Orchestra, collaborating with conductors including Juanjo Mena, Vasily Petrenko, Gianandrea Noseda, Cristian Măcelaru, Sakari Oramo, Yan Tortelier, Baldur Brönnimann, HK Gruber, Clemens Schuldt and Martyn Brabbins. In 2015, Simpson was appointed Composer in Association at the BBC Philharmonic Orchestra, a creative partnership that is in place for a period of four years.

As a recitalist, he regularly performs at venues including the Wigmore Hall, Royal Festival Hall, Queen Elizabeth Hall, Mecklenburg-Vorpommern, BeethovenFest, Sage Gateshead, Cheltenham Festival, O’Modernt and Trasimeno Festivals, with premieres of works by Simon Holt, Jonathan Harvey and Edmund Finnis. In the 18/19 season, he will be Artist-in-Residence at the Lammermuir Festival, will curate a BBC Radio 3 chamber weekend at Saffron Hall in spring 2019 and will direct a performance with the Royal Liverpool Philharmonic’s Ensemble 10/10 including works by Henze and Simpson himself. The season culminates with the premiere of his own Clarinet Concerto with the BBC Philharmonic Orchestra and Ben Gernon in June 2019 at the Bridgewater Hall.

As a composer Simpson’s most recent composition was his Cello Concerto (2018), premiered by Leonard Elschenbroich with the BBC Philharmonic and Clemens Schuldt, which was rapturously received: ‘Immediately compelling’ (Guardian); ‘irresistible’ (Times). His orchestral work, The Immortal (2015), an oratorio for baritone, chorus and symphony orchestra, was premiered by the BBC Philharmonic and Juanjo Mena at the Manchester International Festival, with support from Sky Arts Futures Fund and IdeasTap. In July 2016 The Immortal won the South Bank Sky Arts Award for Classical Music. Other orchestral works include Israfel (2014), premiered by the BBC Scottish Symphony Orchestra and Andrew Litton, sparks (2012), commissioned for the Last Night of the BBC Proms and A mirror-fragment… (2008), written for the Royal Liverpool Philharmonic Orchestra.

Previous composing highlights include the premiere of Simpson’s first opera, Pleasure, with a libretto by Melanie Challenger, commissioned by Opera North, the Royal Opera and Aldeburgh Music with performances in Leeds, Liverpool, Aldeburgh and London. Simpson also premiered a new trio for clarinet, piano and viola with Pierre-Laurent Aimard and Antoine Tamestit, commissioned by the Salzburg and Edinburgh International Festivals. He also gave the online premiere of Darkness Moves for solo clarinet, commissioned by the Borletti-Buitoni Trust.

Born in Liverpool in 1988, Simpson became the first ever winner of both the BBC Young Musician of the Year and BBC Proms/Guardian Young Composer of the Year competitions in 2006. He went on to read Music at St. Catherine’s College, Oxford, graduating with first class honours, and studied composition with Julian Anderson at the Guildhall School of Music & Drama before being selected for representation by the Young Classical Artists Trust. Simpson was a BBC New Generation Artist from 2012-2014. He received a Borletti-Butoni Trust Fellowship in 2014 and the Royal Philharmonic Society Composition Award in 2010, and is a Visiting Fellow of Lady Margaret Hall, Oxford.

Simpson’s first disc on NMC, Prism, featured him as performer; the second disc for NMC was released in 2016, featuring his own chamber and ensemble works including Night Music, a cello and piano piece written for Elschenbroich and premiered at the Wigmore Hall.

“I’ve never heard [the Mozart Clarinet Quintet] more beautifully done than in this performance… [his] honeyed tone wove weightlessly in amongst them… his sound was velvety at the bottom and his control seemed effortless. Classy stuff.” Herald Tribune

“The Immortal is the most thrilling new choral work I have heard for years. With this piece, he and his librettist [Melanie Challenger] match the grandeur of those epic avant-garde choral pieces produced half a century ago by the likes of Penderecki, Stockhausen and the young Tavener… I immediately wanted to hear it again.” The Times

“At the start of what one hopes will be long operatic career, Simpson has pulled off a genuine coup.” Guardian 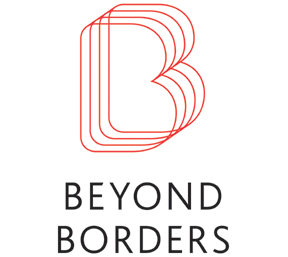