Guardian: Education cuts mean classical music will be the preserve of the wealthy

On Sunday judges will choose a new Young Musician of the Year. Mark Simpson argues that cuts will ensure few children from low-income backgrounds have a chance of winning

Around this time of year, every two years, I’m taken back to that fateful day in May 2006 when I won BBC Young Musician of the Year, aged just 17. The competition has changed somewhat since my time, but as the three soloists (formerly five) take to the stage to perform their chosen concerto with the BBC Scottish Symphony Orchestra, I know exactly what they’re going through. The nerves, the expectation, the uncertainty – it will be unlike anything they will ever have experienced before, and all live on television, before an audience of millions.

How the winner will then navigate his or her career will take very careful planning. There is an incredible amount of pressure put on the winner, not just by those around him or her, but by themselves. I speak from experience. Winning was a defining moment in my life.

But a recent announcement by the government that it will cut funding to local music support services threatens to remove vitally important structures of learning for children who, like myself, are from low-income backgrounds.

If classical music is to continue towards its goal of diversification, we must ensure that opportunities for children from low-income backgrounds to learn instruments and sing are continually available. In the forward to the national plan for music 2011, Michael Gove states: “It is vital that a quality music education is available to all children and young people across the country. It must not become the preserve of those children whose families can afford to pay for tuition and ensemble opportunities.” But how has the government made good on that statement? It seems to me that current moves in policy will greatly undermine such a goal.

A few years ago things weren’t looking too bad. In 2011 Darren Henley produced a magnificent national plan for music education where he evaluated in detail the situation in our country and offered a series of recommendations to try to continue the great work already being done, and to address the imbalance of available opportunities.

“Let’s be absolutely clear at the outset,” he wrote, “many children in England benefit from excellent music teaching from excellent teachers. In some parts of the country, the opportunities for children to take part in musical activities are immense. However, some children in England do not currently receive an adequate, let alone good, music education. That failure is something for which everybody involved in music education should share the responsibility.”

But things have since taken a turn for the worse. There are signs that the local authority support from which I so greatly benefited could come to an end. A recent Department of Education consultation stated that there is now a “limited role for local authorities” in music education. Such education will be administered through school budgets and so-called education “hubs”, which may stretch across larger catchments. This would all be part of major cuts to the education services grant that formerly funded musical activities across Britain.

On average, it will cost around £1,000-£1,500 a year to teach a child a musical instrument. For a family on a low income, especially single-parent families, such sums are beyond their means. Perhaps there are cynics who think it isn’t possible for a world-class classical musician to emerge from an unpromising origin such as a single-family home in a council house. But I hope that I’m proof that musicianship and musical passion rise out of sometimes difficult or financially limiting circumstances.

As a boy-done-good from Liverpool, I have always experienced different types of class prejudice in institutions. Most of the time it’s harmless banter, but behind every joke about my origins, there’s a hint of truth. It can be a lonely, painful and difficult process to rise out of a less comfortable background and into a hugely competitive field, and every moment of help along the way is of great value. I am lucky that I wasn’t failed by the system, but I fear for the opportunities of future generations. Despite great promises, the government is in effect continuing to widen the gap between rich and the poor, which, in turn, will widen the cultural one. Classical music of the highest standards will become “their” music and not “our music”. 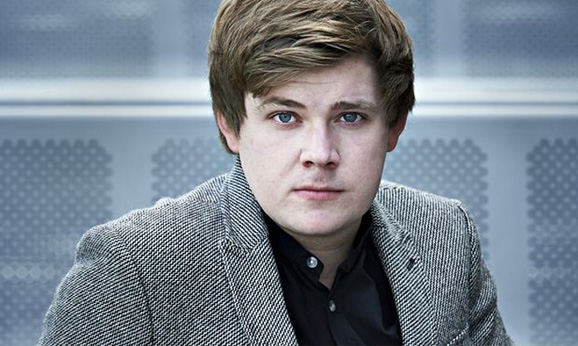 Perhaps these changes signal not only the economic strains of our time, but a diminishing belief in the value of contemporary classical music. Stravinsky famously said that classical music is not for the masses. His Rite of Spring was a piece that blew me away in my teenage years and aided my commitment to classical music. But Stravinsky died during the time when the modernist movement of the 1960s and 70s was favouring intellectual procedures over purely emotional ones. The effects of this can still be seen in the reluctance of many audiences to encounter contemporary music that they fear will be jagged and atonal. There’s no denying that the great pieces of the past stirred our emotions in a way that modernism has failed to do, and audiences have been alienated as a result. But perhaps this is where new composers can come in, by better identifying the needs of our own time. Classical music now calls for a positive, interesting and new creative direction. In this way, musicians and composers could greatly enhance any educational initiatives that seek to reignite a wider passion for classical music.

I would add, though, that this shouldn’t necessarily mean large audiences. It doesn’t have to be the case that every art form is of wide appeal. It is a shame that we feel a serious competition such as the BBC Young Musician should be presented as a kind of classical X Factor in order to boost its ratings. Surely we are getting something wrong?

If the demographic of our audience was more diverse from the outset, then these hollow attempts to overcome the divide could be avoided. If classical music was accessible to all social classes in this country, and we were taught that a Beethoven symphony is as important and life-enhancing as a game of football, then the competition could stand on its own.

It’s a mistake to conflate audience numbers with audience diversity. It’s fine for there to be art forms and movements with smaller audiences. Similarly, it’s a mistake to think that smaller audiences correlate with less diversity. Where the problem lies is in art forms being somehow seen as the preserve of any one group of individuals. Only free access to a bold musical education can overcome this, with opportunities available to children from the most diverse backgrounds from the very beginning. If the government goes ahead with these cuts, we can say goodbye to the dream of such diversification.

We need real commitment to encourage as many children as possible into developing a passion for classical music. If we take away our belief in the power of opportunity, we may deprive ourselves of both the musicians and audience members who could redefine our times.